A few months back I took a road trip through Nevada and up to California’s Bay Area. I spent the night in Tonopah, NV at the infamous Clown Motel, then went on an unofficial tour of some Harold and Maude filming locations once I made it up to Colma, CA and the surrounding area.

Although I’ve already posted a bunch of digital shots from this road trip, these instant film randoms have been collecting dust, just waiting to be scanned. I’m heading out of town tomorrow and figured I should post ’em before they’re buried under dozens of Rochester memories. Enjoy! 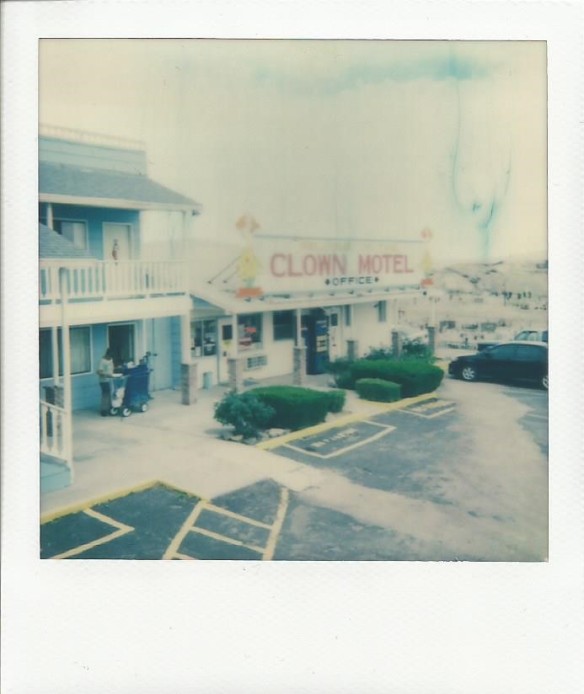 The Clown Motel in Tonopah, NV — Impossible 600 color film that I left in my hot car after processing

At Holy Cross Cemetery in Colma, CA. The clearing used to be home to a large tree, featured prominently in Harold and Maude in the scene where Harold first sees Maude at the cemetery. — expired Impossible SX-70 film 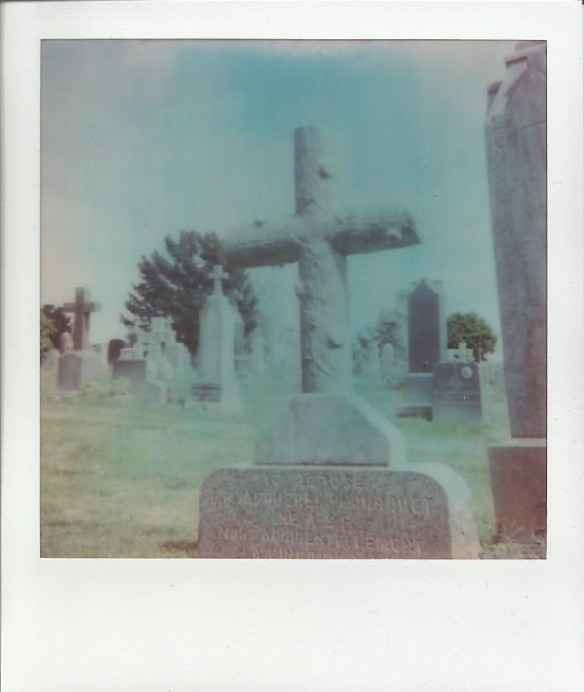 At Holy Cross Cemetery, standing where Harold was when he spotted Maude for the first time at the cemetery. — expired Impossible SX-70 film

I figured I should take a photo with a camera that would’ve been in production around the time that Harold and Maude was being filmed. Enter the Polaroid Big Shot! Holy Cross Cemetery, Colma, CA